Election of new members of the Serbian Scientific Society for 2018

The right to be elected Member of the Serbian Scientific Society (SSS) is granted to all associate or full time professors of respective Serbian faculties and  universities,  as well as to senior scientific associates, i.e. scientific advisers of all  institutes or scientific institutions in Serbia, according to with the  SSS By-Laws.

All candidates are required to provide their CV, address, mobile telephone number, e-mail, list of publications, citation index, awards, recognitions and participation in national and international scientific projects to the following e-mail: naucno.drustvo.srbije@gmail.com or : jovan.vasiljevic@med.bg.ac.rs

The number of candidates to be admitted to respective Departments has been previously determined by a SSS Presidency decision.

In addition, candidates considered for election into the SSS will need to have written recommendation of at least two SSS members, preferably from the Department for which they are applying.

The two aforementioned SSS members (Proposer) submit the candidate’s Abstract (on 2 pages) in the shortest possible time (also by mail to the following address: naucno.drustvo.srbije@gmail.com)

Documents received will be submitted to the Secretaries of the relevant Departments. They will prepare materials and schedule a meeting of the Department. The admission procedure for new members has been extended until June 1, 2018.

Upon voting in each Department separately and according to the established admission quota, the Secretaries of the Department submit a written report to the SSS Presidency, listing the proposed candidates for election to the relevant Department.

After adopting four  lists of candidates, the SSS Presidency shall schedule the SSS Election Assembly (scheduled for autumn 2018), which will determine the final list of newly admitted candidates by secret vote of all present SSS members, as well as votes received electronically from SSS members.

The final results of the new members’ election into the DSS for 2018 will be posted on the DSS website 3 days after the Election Assembly, and the selected candidates will be informed via email.

The delivery of the Certificate of nomination will be subsequently determined.

President of the Serbian Scientific Society

END_OF_DOCUMENT_TOKEN_TO_BE_REPLACED

The Serbian Scientific Society convened the Electoral Assembly for May 30th the Hall of the Faculty of Medicine in Belgrade, Dr. Subotića 8, 1st floor at 6 PM

The Assembly will consider the election of the new management of the Society (elections for the President, 4 Vice-Presidents and one representative of each Department in the Presidency). You can see the voting paper with the list of candidates and functions at the following link.

Also, each Department should submit a proposal for the election of the Secretary and the Deputy Secretary of the respective Department.

Lastly, and perhaps most importantly, there will be the admission of new members of the Society (as proposed and voted on by the Departments).

You can view the biography by clicking on the name of the candidate and only a few of the oldest members (who do not use mail) will be provided with printed material. This way all members of the Society will be able to get acquainted with the proposed candidates. You can download the ballot at the following link.

END_OF_DOCUMENT_TOKEN_TO_BE_REPLACED 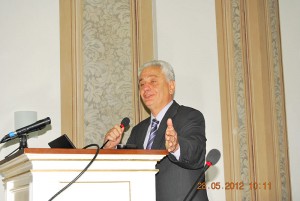 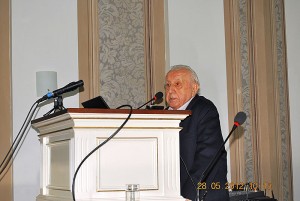 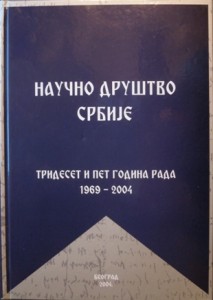